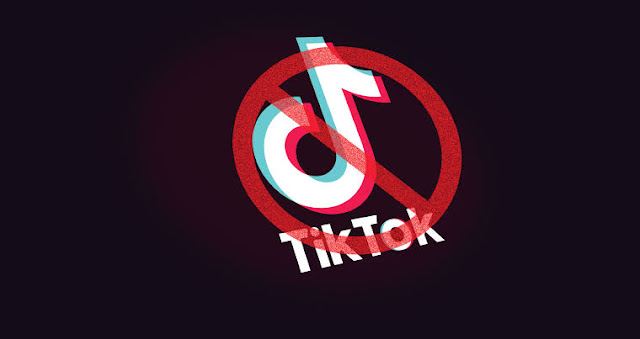 New DelHI: The government on Monday banned about 59 mobile apps, most of them Chinese, including famous apps such as TikTok, UC Browser and WeChat.
The move comes as tensions between India and China intensified following a conflict in the Galwan Valley on June 15 that left 20 Indian soldiers dead.

In an official statement, the department of information and technology said applications were banned for a number of reasons such as security and privacy concerns.

Here are some reasons the government has put in place to enforce the ban:

There have been some dramatic problems in matters related to data security and protecting India’s privacy of 130 crore.
* Apps are banned as they place unsafe threats to India’s security and protection, which ultimately enters into its sovereignty and credibility and is a matter of serious and urgent concern that requires urgent measures.

Watch the video for full details

Citizens’ representations have been received regarding data security and privacy risk related to the operation of certain applications and those obtained by the Computer Emergency Response Team (CERT-IN) regarding privacy breaches affecting public affairs.
* The Indian Cyber ​​Crime Coordination Center, the department of home affairs, has also sent unspoken recommendations to stop these malicious applications.

The concerns have been flagged by various representatives of the public, both inside and outside Parliament, and there has been strong consensus that they have taken drastic measures against such programs.
* The ban will ensure the safety and sovereignty of Indian cyberpace and protect the interests of mobile and internet users.
While orders have been issued today, it may take some time for the app and gaming stores to work on them. The government order will not only apply to new downloads but will also include already used closed services. Those who have already downloaded these apps will not be able to use them as they will all be uninstalled. 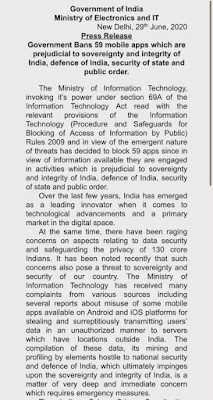 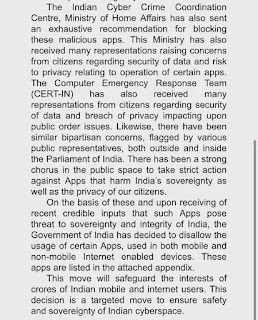